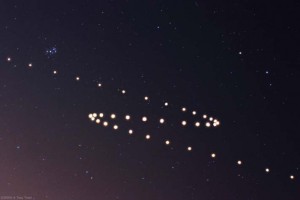 There are times when it seems pretty easy to interpret the nature of the transits we are under. One can use basic astrological principles and glean all the necessary factors and come up with a pretty clear sense of where we are and are going. And then, there are times like this. Ever since December 21st, when Venus went retrograde, we have been under a series of retrograde planets, one after the other, which complicates things enormously.

I think it’s best to start by saying that there is one idea you may find useful right away. When I find it to be easy to describe what is likely to be happening, it also means that I am fairly certain about it. Of course, this also tells you that the nature of where we are now is the exact opposite, i.e., very uncertain. What is useful here is that uncertainty tells us that we are freer, have more free choice than at other times. Astrology deals in probabilities. There are times when those likelihoods are higher than at other times. That means that when things are flowing well, we usually go along and continue in the same arc as we’ve been in. But, when uncertainty increases, we can no longer go on as usual. Questions arise as to whether we need to take a new direction and if so, what should that direction be. In other words, even if there are painful decisions to be made, it is also true that we are being given new opportunities to learn and grow. In other words, we are more free, not less.

It can be helpful to understand what happens when planets shift direction. Planets move at certain speeds in relation to the earth and these speeds are not constant. In fact, when planets are in the process of changing direction, they will either be moving very slowly or not moving at all. This is important because for the past several weeks and for most of March, FOUR planets will be moving very slowly. This includes Mars, Jupiter, Saturn and for a week or so, Mercury. This is unusual and significant.

What this tells me is that many people may be feeling stuck, even immobilized, confused and uncertain as to how they should move forward. It may be that each time one tries to make a decision, new information comes in that changes the equation. Also, there may be an intuitive sense that we are in a period where many more things may be changing in the near future that could be even more unstable than what we are experiencing now. This is true as I will go into in a bit.

Let me be more specific. During the Venus retrograde, we were asked to question our values, priorities, our likes and dislikes, our relationships, etc., to see what is working for us and what is not. This reorientation is internal in many respects, though it may reveal problems that we must act on during that cycle. For example, we may be leaving outworn and dysfunctional relationships or, the opposite, committing more to the one we are in. Then, when Mercury went retrograde, we began a process of reviewing our thinking about certain things that we needed to process. Now that these two planets are moving forward, some kind of new cycle has begun. (The way astrologers can tell what area of life these shifts occur in is determined by the houses that are affected by these transits).

So, with Mars retrograde, the principle of action, making things happen, self-assertion, etc., this period is important as a good time to review one’s activity, closely examine your strategies in your personal life, business or any projects you’re working on. Mars only goes retrograde once each 2 years, but when it does, it strongly affects the house where the retrograde takes place. For example, Mars will be in Libra for almost 8 months. That area will be of great focus for quite a long time, much more than usual. This period is not a good time to start something completely new. The reason is that one’s Will is not yet able to place the necessary focus on whatever one has decided to begin. It is best to wait until the retrograde ends and then one can more confidently go with gusto towards the goals one has established during the retrograde period.

Finally, Saturn will also be retrograde during this period. Saturn rules structures, both psychological and physical. It is a stabilizing force, as its rings act as the symbol of the principle of setting boundaries and working with the rule set of our reality. It asks us to make conscious choices and to take responsibility for them. We can get frustrated with Saturn’s slow pace and delays, but actually this period is not about mere delays or stoppages, though this can occur. There is a purpose to the Saturn retrograde period and it is this. There is something we need before we can go forward successfully in whatever we are working on and this is the time to go back and pick it up. We often do not know what that is exactly. It could be knowledge, information, etc., or it could be a person we need to meet and perhaps partner with, before we can achieve the aims we’ve set for ourselves. We are just beginning that period now. It helps to remember that there is a purpose to this part of the Saturn cycle and that delays are more than inconveniences.

When you combine this with the Mars retrograde, you can see that this can be a frustrating period if there are expectations that one should be able to move forward easily. I think of it as having to take steps backward in order to be able to successfully move forward later. And, in the meantime, one must do what is necessary and if it doesn’t work out perfectly, make it OK.

April and the “Cardinal Grand Cross”

I will be writing much more about this powerful transit in the next 2 months. I am referring to four planets in exact square to each other. These planets are Mars, Jupiter, Uranus and Pluto. They will all be at 13° of Aries, Cancer, Libra or Capricorn and this is one of those transits that astrologers have been writing about for years. To be exact, the date for this is April 22, 2014. In a word, it can bring about significant paradigm shifts. As we get closer to this period feel free to post your own stories as it might help other readers learn more about what this interesting period of time presents and what the best strategies might be to cope with the many changes on the way.

8 responses to “A Complex Series of Retrogrades 2014”